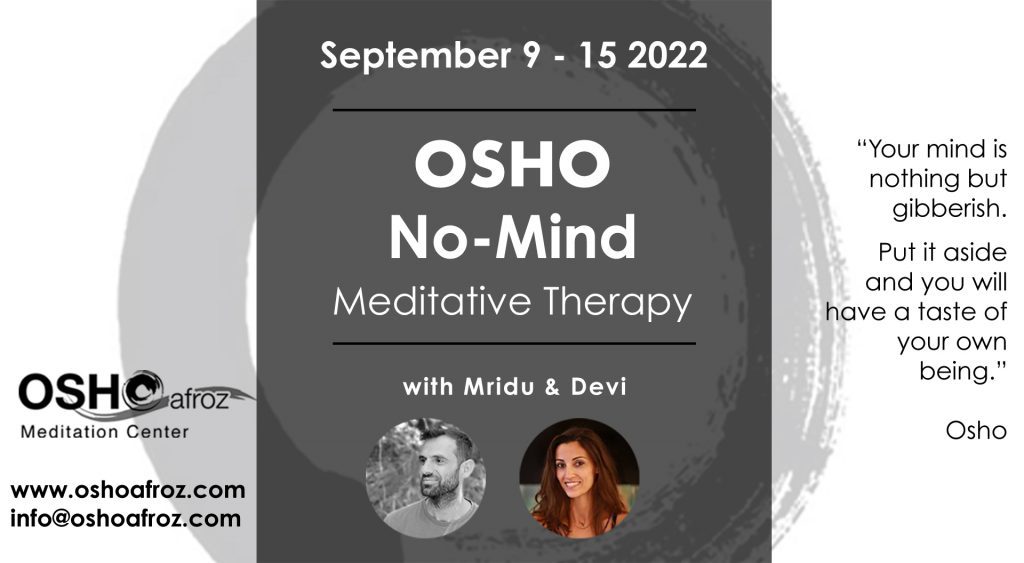 OSHO No Mind is a meditative therapy process lasting for 2 hours a day for 7 days. For the first hour, we use gibberish to empty the mind of all garbage, allowing -in second hour- a great silence to arise from within.

“The first part is gibberish. The word ‘gibberish’ comes from a Sufi mystic, Jabbar. Jabbar never spoke any language, he just uttered nonsense. Still he had thousands of disciples because what he was saying was, “Your mind is nothing but gibberish. Put it aside and you will have a taste of your own being.”

To use gibberish, don’t say things which are meaningful, don’t use the language that you know. Use Chinese, if you don’t know Chinese. Use Japanese if you don’t know Japanese. Don’t use German if you know German. For the first time have a freedom – the same as all the birds have. Simply allow whatever comes to your mind without bothering about its rationality, reasonability, meaning, significance – just the way the birds are doing. For the first part, leave language and mind aside.

Out of this will arise the second part, a great silence in which you have to close your eyes and freeze your body, all its movements, gather your energy within yourself. Remain here and now. 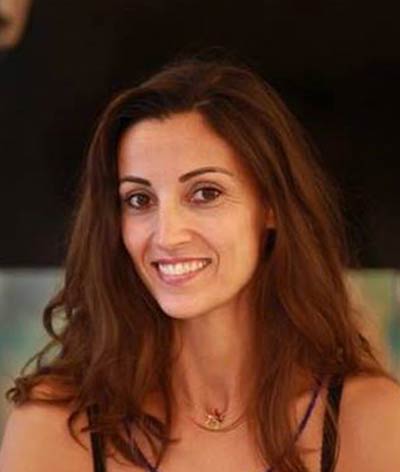 After her profecional dance career. Since 2000, in addition to her physical works, spiritual works began to take place in her life and inevitably became a way of livi...

After her profecional dance career. Since 2000, in addition to her physical works, spiritual works began to take place in her life and inevitably became a way of living for her. During this time she chose to proceed and deepen her understanding with Osho and participating in OSHO Meditations and Meditative Therapies Trainings. Over the years she continue to worked with many different masters and teachers from all around the World… Beside Osho Works;  In 2014 she take her Usui Reiki Mater degree, 2015 she finished her training with creator of ‘’ Special Breast Care Woman Program’’ Medical and Ayurvedic Dr. Sanjivani Taruna  and 2016 she finished her practicioner training of brand new energy healing sytem ‘’ From Speration to Unity ‘’ design by Kaifi Iraklis.. This system complete accord with latest scientific research on heart  consciousness.. In her works she is combining all her knowlidge by the years and passionately likes the work with womens..  Now she is living certain times of the year Turkey and Greece and and organizing workshops, giving sessions and travelling to share her work all around the world.. Her Recent Works; OSHO Active Meditations & Meditative Therapies * OSHO No-Mind * OSHO Born Again * OSHO Reminding Your Self of the Forgotten Language of Talking to your BodyMind ♦ Ayurvedic Breast Care Program ( Design by Dr. Sanjivani    Taruna ) Groups & Retreats ♦ Ayurvedik Breast Massage ♦ From Seperation to Unity ( Design by Kaifi) Private Sessions & Addaptations to groups ♦ Meditative Woman Works  ♦ Reiki inisiasions  Groups & Private sessions  ( as Reiki Master Degree )      Instagram : eylempremdevi
Read more 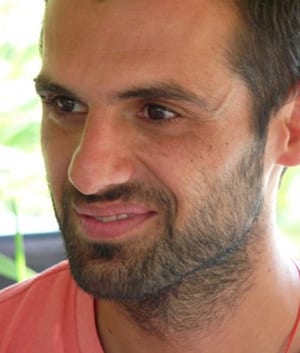 His approach in life is thought meditation, dance & music, living life in the present, moment to moment in its natural essence and tasting all the different challenges that come along the way.

He has been born in Greece, in the summers he lives in Lesvos Island, where he is part of the team of OSHO Afroz Meditation Center where he also shares his workshops and sessions. The rest of the year he is traveling and working in India ( OSHO Multiversity at OSHO International Meditation Resort ), Brazil, China and other places around the world, meeting people with different cultures and facilitating workshops.